How is Increased Access to Marijuana Affecting your Safety on the Road?

In The News
Back 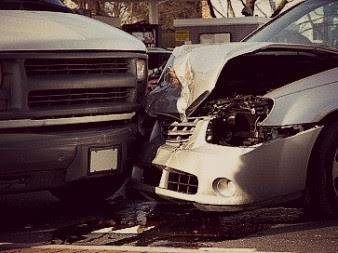 According to a 2010 survey by the National Highway Traffic Safety Administration (NHTSA), one in eight high school seniors said they drove after smoking marijuana. Almost one-quarter of drivers killed in drug-related crashes were younger than 25, the article notes. In addition, almost half of fatally injured drivers who tested positive for marijuana were under age 25.

The National Institute on Drug Abuse (NIDA) and NHTSA have been conducting a three-year study to determine how inhaled marijuana impacts driving performance.

NIDA notes on its website, “Considerable evidence from both real and simulated driving studies indicates that marijuana can negatively affect a driver’s attentiveness, perception of time and speed, and ability to draw on information obtained from past experiences. Research shows that impairment increases significantly when marijuana use is combined with alcohol.”

NIDA notes it is difficult to measure the exact contribution of drug intoxication to driving accidents, because blood tests for drugs other than alcohol are inconsistently performed, and many drivers who cause accidents are found to have both drugs and alcohol in their system, making it hard to determine which substance had the greater effect.

Lawmakers in Washington state, where recreational marijuana use is now legal, are trying to determine how police officers can identify drivers impaired by marijuana use. There is no consensus on what blood level of THC, the active ingredient in marijuana, impairs driving, the newspaper notes. Breathalyzers cannot be used for marijuana.

View the original article at: http://www.drugfree.org/join-together/research-on-marijuanas-role-in-car-crashes-expands-as-drug-availability-grows?utm_source=Addiction+News+Weekly&utm_campaign=7de82fef61-JTWN_RsrchonMjRleCarCrshsExpndsDrugAvlbtyGrws61214&utm_medium=email&utm_term=0_0a25dfa1a1-7de82fef61-221377241

Next
How do Beloit Parents Feel about Alcohol and Prescription Drugs Safety? Check out our survey results!